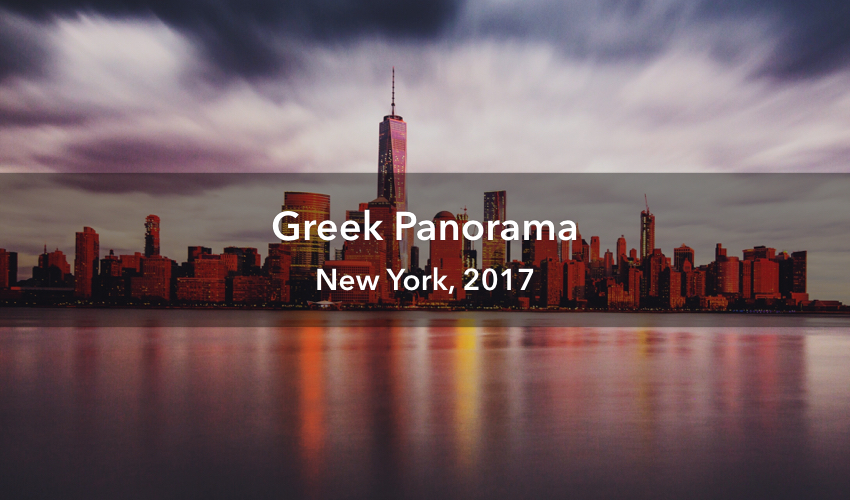 Aqua Vista Hotels participated with great success in the first Greek Panorama exhibition, which took place from 11-13 May 2017 in New York, USA. Aqua Vista Hotels’ display stand presented to the American public the group’s unique philosophy of Greek hospitality, which is evident through its impressive portfolio of hotels.

The executives of Aqua Vista Hotels attending the 1st Greek Panorama carried out more than 30 B2B meetings with professionals from within the sector and showcased their complete range of hotel units, which are located in some of the most popular destinations in Greece. Great interest was shown in our country and in the Group’s hotels by travel agents and other members of the industry representing various types of tourism, such as cruises and athletic events, establishing the foundations for new partnerships on the other side of the Atlantic and strengthening those already in existence.

The heart of Manhattan beat to the rhythm of Greece at the Vanderbilt Hall in Grand Central Terminal where the exhibition took place, with the opening being attended by important dignitaries. Prominent personalities from the Greek-American community included His Eminence Archbishop Demetrios of America and the Consul General of Greece, Dr. Konstantinos Koutras. The exhibition attracted not only the attention of professionals in the tourism sector but also that of thousands of New Yorkers and tourists from around the world who were eager to visit the stand, as well as receiving a great deal of interest from the local Press.

The first Greek Panorama was organised by Hellas North America Events Inc. with the support of the Greek National Tourist Organisation (GNTO) and the Greek Ministry of Tourism under the auspices of the Greek Tourism Confederation (SETE), the Hellenic Chamber of Hotels (HCH), the Panhellenic Federation of Hoteliers (PFH), the Hellenic Association of Travel and Tourist Agencies (HATTA) and the Hellenic American Chamber of Tourism (HACT). The event was an exceptional opportunity to interact with the huge American market in which Aqua Vista Hotels presented its philosophy regarding its hotels, that possess their own distinct style and personalised services.

In relation to the Group’s participation in the first Greek Panorama Mrs. Sophia Matzourani, Business Development Manager of Aqua Vista Hotels, stated: “The American market is of particular interest to Aqua Vista Hotels, which is why we could not fail to attend the first Greek Panorama, an event which creates new ties between the two countries in the tourism industry. A great number of people and industry professionals showed interest in the extensive range of hotels in our portfolio, expressing their enthusiasm to enter into future collaborations. It is certain that the 1st Greek Panorama has laid the foundations for the creation of a new commitment for the tourism industry and we are especially pleased with the fact that Aqua Vista Hotels took such an active part in the very first event.”