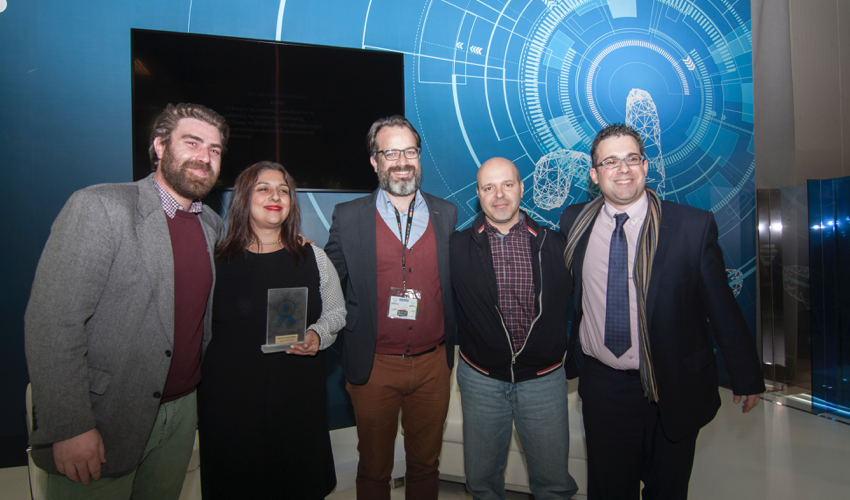 Aqua Vista Hotels’ Dreams Luxury Suites was awarded with the Hotel Guest Satisfaction Award during the HORECA 2017 exhibition. Organised by Zoottle, Dreams Luxury Suites received the first award ever in Greece in this category and at the same time it set an exceptionally high standard for its successors, as it reached the unprecedented high score of NPS 93.

Dreams Luxury Suites received the highest score of NPS 93 in the Guest Satisfaction NPS Survey, which was carried out by Zoottle in a total of 160 hotels. With an average score of only NPS 39 in the hotel sector worldwide and an average of NPS 67 amongst the hotels that Zoottle cooperates with, Dreams Luxury Suites’ score is an outstanding achievement. In terms of the voting process for the award, the NPS (Net Promoter Score) is an internationally recognised guest satisfaction measuring system and ranges from -100 to 100.

The award was granted in the context of HORECA 2017, which is the largest  trade show for the hospitality sector in Greece. What makes the accolade even more important is the fact that it is the guests themselves who voted for the specific hotel, thus acknowledging all of the hard work and dedication that Aqua Vista Hotels puts into creating hotels which have their own unique identity.

Commenting on the award Mrs Sofia Matzourani, Business Development Manager of Aqua Vista Hotels stated; “Dreams Luxury Suites is the epitome of everything that Aqua Vista Hotels symbolises and adheres to in all of its units. The hotel boasts a distinctive character with its exquisite design, lavish facilities and superior standards of high-end hospitality and tailor-made services. Consequently, it is only natural that the vast majority of our guests are dedicated repeaters who love to return to the hotel time after time, thus cultivating a solid brand loyalty to ‘Aqua Vista Hotels’ and all the properties represented by the firm, and fervently recommend it to their family and social circles.”