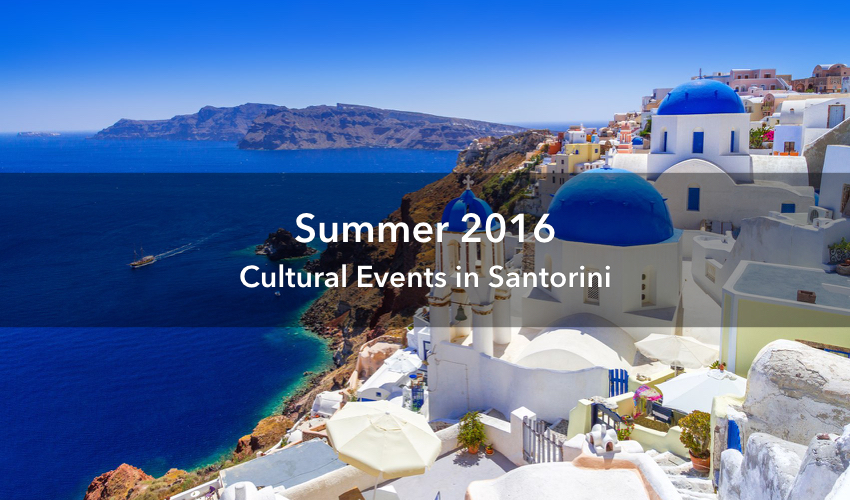 After sponsoring the ‘Day Run’ racing project, which successfully took place on June 12th in Athens, Aqua Vista Hotels continues to support social events, participating as major sponsor in the cultural events of ‘Summer 2016’ on the island of Santorini.

More specifically, two of the most important cultural communities of the island will be performing concerts of famous Greek singers as well as theatrical shows for young and old.

The Santorini Arts Factory is a non-profit-making organization based in Santorini Island, Greece that aims to promote the Greek cultural heritage. It is housed in a unique old factory which is now the Tomato Industrial Museum, ‘D. Nomikos’. SAF is expected to host events by acclaimed artists from all over the world in its annual program as well as continuing to successfully organize theatrical and musical performances and art events.

A wide range of cultural events will also be presented this year by the Cretan Association of Santorini ‘To Arkadi’, a cultural association founded by Cretans who live on the island of Santorini. Their objective is to be able to spread and preserve the customs and traditions of Greece and, more specifically, of their beloved Crete.

Both programmes will be ongoing during the months of July to September and in its role as sponsor Aqua Vista Hotels will be offering its warm hospitality to the majority of the artists participating in the events.